CPOP HOME selects the 2015 Top Chinese dramas for you, you can find the best 2015 Cdrama in the list. 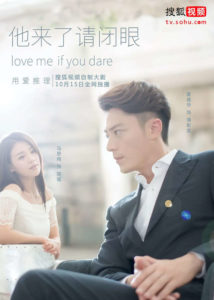 #1
Love Me If You Dare
Suspense, Romance
Wallace Huo, Sandra Ma
A mysterious criminal psychologist, Bo Jinyan, recruited a senior student, Jian Yao, as a translator and life assistant. On the one hand, he taught Jian Yao with his high intelligence and professional knowledge and trained her to be a detective assistant. They worked together to solve difficult murder cases such as the serial disappearance of teenagers… 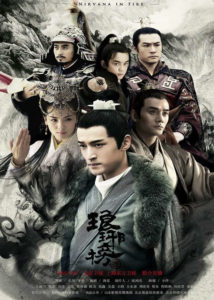 #2
Nirvana in Fire
Wuxia, Historical, Political
Hu Ge, Liu Tao, Wang Kai
Twelve years ago, more than 70,000 soldiers of the Chiyan Army were completely annihilated. They died unjustly in Mei Ling, leaving only the young commander Lin Shu to survive. Twelve years later, Lin Shu was reborn as Mei Changsu, a “Qilin Talent” who established the Jiangzuo League and returned to the imperial capital as the first talent in the “Langgya List”… 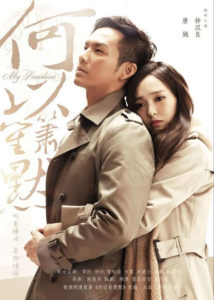 #3
My Sunshine
Urban, Romance
Wallace Chung, Tiffany Tang
In her college days, Zhao Mosheng fell in love at first sight with He Yichen, a talented student in the law department of the University of C. The cheerful and straightforward girl chased after him in a different way, attracting his attention. A pure school love grew quietly. However, He Yichen’s foster family’s sister He Yimei took the courage to declare war on Zhao Mosheng… 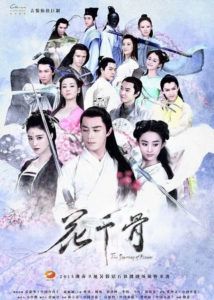 #4
The Journey of Flower
Xian Xia, Romance, Fantasy
Wallace Huo, Zhao Liying
Hua Qiangu was once saved by the Changliu immortal Bai Zihua, so she had a crush on him. After growing up, she traveled a long way to the immortal mountain of Changliu to find her benefactor. After many tests and competitions, Hua Qiangu finally became Bai Zihua’s disciple, but she did not know that her fate was strange, destined to be a cause of Bai Zihua’s death… 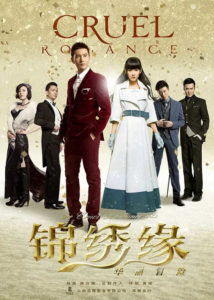 #5
Cruel Romance
Romance
Huang Xiaoming, Joe Chen
In the 1930s, Rong Jinxiu, a young lady from a medical family, suffers a tragic family ruined to save her teacher Chen Sheng. With a gold pocket watch left by Chen Sheng, Jinxiu traveled to Shanghai to find her enemy. On the steamer to Shanghai, Jinxiu covered for Zuo Zhen, a famous figure in the Shanghai Chamber of Commerce, and they pretended to be a couple to escape the murder… 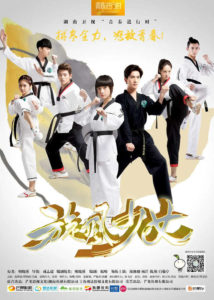 #6
The Whirlwind Girl
Youth, Romance, Sports
Hu Bingqing, Yang Yang
Qu Xiangnan is the head of Quansheng Dojo. However, in a very important international competition, Qu Xiangnan was falsely accused of doping and was not only disqualified from the competition but also reduced to a nobody. er and kept working hard to prove it… 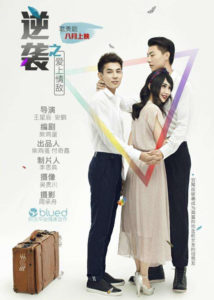 #7
Falling in Love with a Rival Special
Romance, Comedy
Feng Jianyu, Wang Qing
Wu Suowei was a poor loser who was repeatedly disliked and insulted by his girlfriend Yue Yue, so he finally gave up his stable life and resolutely embarked on a path to start his own business and become rich. However, a “blocking tiger” appeared on this road, the tiger was Chi Cheng, who was living in the suburbs, feeding snakes for fun without a proper job… 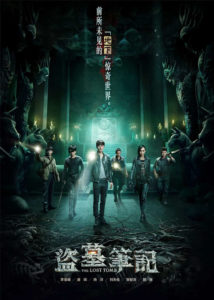 #8
The Lost Tomb
Suspense, Action, Adventure
/li-yifeng-evan-profile/, Tiffany Tang, Yang Yang
Wu Xie Came from “The Mystic Nine”. His parents, who were archaeologists, were killed by a foreign tomb raiding gang during an operation to protect the national cultural relics. His family sent him to study in Germany to protect Wu Xie, thus Wu Xie has a deep interest in “archaeology”. In the process of protecting the treasure, he accidentally obtained a silk book of the Warring States period, which recorded the secrets of the tomb… 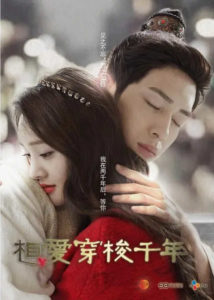 #9
Love Through a Millennium
Time travel, Romance
Jing Boran, Zheng Shuang
In the first year of Yong Shi (16 B.C.), a scholar-bureaucrat, Gong Ming, opposed the deposition of Empress Xu, while his confidant Wang Mang and his family supported Zhao Feiyan to be the Empress. They became enemies and went their separate ways. After being chased and killed by Wang Mang’s subordinate Zi Xiu, Gong Ming was caught in a desperate situation…
#10
Go Princess, Go!
Romance, Comedy, Historical
Crystal Zhang, Sheng Yilun
Playboy Zhang Peng accidentally fell into the water to escape from his ex-girlfriends. After waking up, he found that he not only traveled through the millennium but also changed his sex to become the Crown Princess of the dynasty – Zhang Pengpeng. Zhang Peng, who has had numerous girlfriends, cannot accept this fact, but he cannot change it either…
0
Spread the love