SM first announced a Chinese boy group on August 13, 2018, through NCT’s Twitter under the project name, NCT China. On December 31, 2018, it was announced that the seven-member line-up would debut as WayV in January 2019, under SM Entertainment’s China-exclusive label, Label V. WayV debuted on January 17, 2019, with their single album The Vision.

The debut album of WayV is high quality and accomplished album that surpasses the level of a newcomer, showcasing the unique style and the musical strengths of the seven members. The album combines hip-hop, dance music, and lyrical styles and includes three songs: “Regular”, “Come Back” and “Dream Launch”.

The title song “Regular”, is a masterpiece that combines unique vocal and RAP! The debut song “Regular” is a song that allows you to enjoy both WayV’s great vocals and RAP’s Latin Trap genre song, showing the determination and courage to become the best on stage with your dreams.

There is also the Urban dance track “Come Back”, which expresses the hurt is done by lovers as a nightmare, and the mid-tempo pop song “Dream Launch”, which sincerely describes the determination of newcomer to start their dream. These songs, with its style, showing WayV’s rich musical talent. 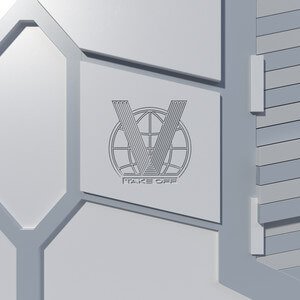 “Take Off”, an updated version of the title song is expected to be a hit in the first half of the year.

Take Off, the title track of this mini-album, is a powerfully explosive and tense urbane dance music that combines a strong trap drum beat with a toxic club baseline.

Besides, the track “Say It” is a Future Bass-style song full of contradictory and confusing emotions about believing lies to protect love. “Let me love u” is a mid-tempo song that expresses the precious to the people who spend every moment together. The two songs in different styles showcase WayV musical talents and diverse charms.

The album also includes three popular songs from the debut digital album “The Vision”: “Regular”, a Latin trap song with a dream and a determination to be the main character on stage; “Come Back”, a rough-sounding urban dance track; and “Dream Launch”, a mid-tempo pop song expressing a new start.

Take Over The Moon 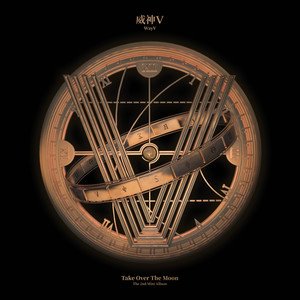 Album Name: Take Over The Moon
Released: October 29th, 2019
Type: EP
Genre: POP
Sound Tracks:
1. Moonwalk(天选之城)
2. Yeah Yeah Yeah(黑夜日出)
3. Love Talk(秘语)
4. King of Hearts(心心相瘾)
5. Face to Face(面对面)
6. We go nanana(幸福遇见)
Instruction:
WayV makes a strong return with their second mini-album, “Take Over The Moon”. The mini-album “Take Off” reached No. 1 in 30 countries and regions around the world, making them become the first Chinese boy idol group to ever receive the most “No. 1” in iTunes comprehensive album chart.

The song “Take Off” reached the top of QQ Music’s popularity chart and achieved an amazing achievement.

The album title of WayV’s second mini-album, Take Over The Moon, is enough to pique the curiosity of fans. “Take Over The Moon” is a continuation of “Take Off”, is filled with the strong will of WayV, who ended his gorgeous flight, to fortify his musical world once he arrived at his destination.

The second mini-album “Take Over The Moon” contains not only the title track “Moonwalk”, which takes the novelty and toxic charm of WayV’s music to a higher level.

During this period, WayV showed its unique musical color and powerful dance through various music stages and was known as “Capability style Idol Group” in China. The second mini-album, Take Over The Moon, is enough to rock the Chinese music circles.

The title track “Moonwalk” from WyaV’s second mini-album, “Take Over The Moon” contains the meaning that WayV has reached the destination of flying after “Take Off“, they will solidify the courage and will of its music world. Besides, the song combines melodic orchestration and strong trap accompaniment, which is both innovative and toxic, making you appreciate the unique musical color of the WayV.

The energetic song “Yeah Yeah Yeah Yeah”, which vividly expresses the tension of getting on stage, and the R&B song “Love Talk”, which expresses the emotion and irresistible love that attracts each other even if words are not spoken, these two very different songs that showcase WayV inverse charm and musical talent.

In particular, the R&B Hiphop-based track “King of hearts” sing by WINWIN, LUCAS, HENDERY, and YANGYANG, and the “Face to Face” sing by KUN, TEN, and XIAOJUN, show the individuality of each member. In addition, there’s also “We go nanana,” a message from WayV to fans. The album’s completion is further enhanced by the inclusion of a variety of songs of special significance. 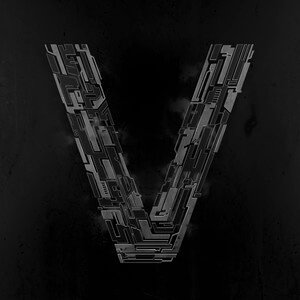 Album Name: Awaken The World
Released: June 9th, 2020
Type: Album
Genre: POP
Label: LABEL V
Sound Tracks:
1. Turn Back Time(超时空 回)
2. Bad Alive
3. Unbreakable (执迷)
4. After Midnight
5. Interlude: Awaken The World
6. Only Human
7. Domino (多米诺)
8. Up From Here (浪漫发酵)
9. Electric Hearts
10. Stand By Me
Instruction:
WayV, who has been in the spotlight since their debut in 2019 due to their explosive popularity at China and abroad, is making a strong comeback with their debut regular album “Awaken The World”.

“Awaken The World” is a continuation of WayV’s first mini-album “Take Off” and their second mini-album “Take Over The Moon”, and is a continuation of WayV’s strong will to strengthen their musical world after their magnificent flight to their destination, as well as their determination to go beyond Asia to the world stage and capture the hearts of their fans around the world.

In addition to the title track “Turn Back Time,” the album includes 10 songs that showcase the colorful charm of WayV’s music. Yoo Young-Jin, DEEZ, Mike Daley, Moonshine, LDN Noise, several world-renowned producers are involved, as well as the members HENDERY and YANGYANG participated in lyrics written. The new album is a great success and will give fans a chance to see the exclusive of WayV’s wonderful charm.

WayV has released 3 albums in a row since they debut a year ago, and has been featured on QQ Music in China and major music charts overseas. It was also the first Chinese boy group to reach the top of the US Billboard and worldwide iTunes charts. Just one year after debuting at the 2019 MAMA Awards, WayV has won the “Best New Asian Star” award and was named the “Asia’s Strongest New Artist”, confirming their superlative global popularity. This time, WayV will further strengthen its position with this regular album.

The title track “Turn Back Time” is an Urban Trap track that features a fast-paced bass and rhythm, and contains WayV’s determination to move forward to a bigger world stage.

The powerfully energetic “Bad Alive” has a confident attitude with aggressive lyrics, while “Unbreakable” is a new take on the traditional music style with trap elements and lyrics that express the feelings of a sad man who has been scarred by love.

In the upbeat pop song “After Midnight”, the song is about the end of the party. The lyrics show everything is perfectly romantic at midnight after spending time alone with the precious person are charming. “Interlude: Awaken The World” is a complete expression of the album’s concept. it’s also a track that shows WayV’s determination to move forward in the future.

In “Only Human,” which the members HENDERY and YANGYANG participated in the creation and sang by WINWIN, LUCAS, HENDERY, and YANGYANG, convey the message of ‘Even in the moment of anxiety and fatigue, there is a future full of hope in my heart’.

Domino” expresses that in love, you can’t control yourself even when you feel the unfairness of your feelings. The lyrics that compare this unstoppable relationship to domino are fascinating.

Also, in “Up From Here”, the lyrics are used to upgrade the friendship to love. The heartbeat and happiness sweetly conveyed, is impressive.

The album is composed of 10 songs that showcase the colorful sound and individuality of WayV. 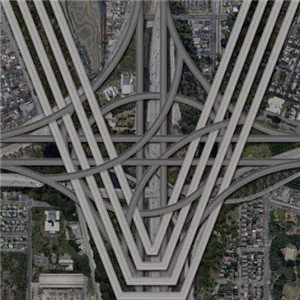 The album includes 6 songs, including the Progressive R&B style title track “Kick Back”. And other 5 tracks with various styles including “Action Figure”, “Horizon”, “All For Love”, “Good Time”, and “Kick Back (Korean Ver.)”.

Along with Me
Popular Posts
We use cookies on our website to give you the most relevant experience by remembering your preferences and repeat visits. By clicking “Accept”, you consent to the use of ALL the cookies.
.
Cookie SettingsAccept
Manage consent