Zhou Zhen Nan obtained the first place in the final vote, becoming the Center position and captain of the R1SE group. R1SE officially debuted on June 8, 2019, for a two-year limited boy group.

It means that the eleven members have been training day and night for 96 days, from spring to summer, and have finally debuted with their sweat and dreams.

The official fandom name of R1SE is “Twelve”, which was officially made public on July 8, 2019, meaning that R1SE members and fans are tied to each other’s, and fans are the 12th member of R1SE. For R1SE, it is the pillar.

The official group color is Dawn Color(red,orange and blue gradient) (#FF3200) (#FF6D34) (#0DCAEF). Dawn is the color of the rising sun at sea level, which means to ride the wind and waves to fight.

Zhou Zhennan Facts:
He ranked #1 in Produce Camp 2019.
He is under Wajijiwa Entertainment.
He has one elder sister and younger brother.
He studied in Chengdu Meishi International for his high school career.
He was a JYP trainee during 2014-2017.
His favorite idol is Michael Jackson and Zheng Shuang.
He studied breaking when he was 12-years-old.
He loves to eat green peppers.
He doesn’t eat night snack.
More Facts In Zhou Zhennan Profile

He Luoluo Facts:
He ranked #2 in Produce Camp 2019.
He is under Shanghai Original Painting Media Co..
He was a member of Yi An Musical.
His favorite actor is Jackie Chan.
He treats his pet dog snowball as a sister and taken her to do SPA.
He is not good at cooking.
He likes to collect shoes.
His way of reducing stress is to brush his shoes.
He can play the saxophone.
More Facts In He Luoluo Profile

He ranked #3 in “Produce Camp 2019”.
He is under Wajijiwa Entertainment.
He is a member of XNINE and the teammate with Xiao Zhan.
He is good at play the piano.
He can do calligraphy and Chinese painting.
July 23, 2020, the Beijing Film Academy art examination results rankings were announced, Yan Xujia ranked 22nd.
He has a younger brother.
He loves to collect watches, and always shows it.
More Facts In Yan Xujia Profile

Xia Zhiguang Facts:
He ranked #4 in “Produce Camp 2019”.
He is under Wajijiwa Entertainment.
He is a member of XNINE.
He is studying performance at the Shanghai Theatre Academy.
He started to study dance in primary school and studied traditional Chinese dance during middle school.
His name means light of the summer. His grandpa gave him the name.
He had 3 tattoos, LOVE, and REAL on his left and right arms, one small Sun on his leg.
He likes his fans to call him brother.
He likes to watch Ultraman when he was a child, and his favorite Ultraman is taro.
He is learning guitar and piano.
He owns three cats: Tuomei, Youtiao, and Jiuijiu and one parrot.
Xia Zhiguang Profile

Yao Chen Facts:
He ranked #5 in “Produce Camp 2019”.
He is under Fan Ling Culture(JYP China).
He trained at JYP Entertainment for 1021 days.
He likes skateboarding, basketball, climbing, and running.
He is good at cooking.
He owns one marten, called Hakuna.
More Facts In Yao Chen Profile

Zhai Xiaowen Facts:
He ranked #6 in “Produce Camp 2019”.
He is under Wajijiwa Entertainment.
He is good at cook egg fried rice.
He studied Computer and Arts at the Shandong Institute of Commerce and Technology.
More Facts In Zhai Xiaowen Profile

Zhang Yanqi Facts:
He ranked #7 in “Produce Camp 2019”.
He is under Attitude Music.
His motto is “Success comes with dedicated efforts”.
He is a rapper from the underground.
He studied at Chongqing Vocational College of Public Transportation.
His original singles: “My father told me it’s dangerous when I was young”(爸爸告诉我年纪小很危险), “Rocky Boy”, “Neymar Rolling”, “Twenty”(贰拾), “Don’t touch me”, “Get out of my Magic fairy castle”(滚出我的魔仙堡).

Ren Hao Facts:
He ranked #9 in “Produce Camp 2019”.
He is under White Media.
He learned painting when he was young.
His dream was to become a policeman or a pilot.
He can speak good English.
He likes to play basketball, and fishing.
He likes to drink tea.
His pet phrase is “An~~~~~”.
He studied performance in the refresher courses class of Shanghai Theatre Academy.
In 2014, he passed the White Media’s trial and became a trainee.
In 2015, he debuted as a member of “ZERO-G” and starred in the film “AWAKEN”(王者游戏·觉醒).
In 2018, he participated in the survival show “The Next Top Bang”.

Zhao Lei Facts:
He ranked #10 in “Produce Camp 2019”.
He is under Wajijiwa Entertainment.
He is a member of XNINE and the teammate with Xiao Zhan.
He can play guitar, piano, and ukulele.
He is good at cooking.
He can play Rubik’s Cube.
He studied Erhu(a Chinese Instrument) from his grandpa when he was a child.
He is studying Musical Theatre at Shanghai Conservatory of Music.
He played in the TV dramas: “Oh! My Emperor”(哦！我的皇帝陛下), “Super Star Academy”(超星星学园).
He played in the films: “Monster Hunt 2″(捉妖记2),

Zhao Rang Facts:
He ranked #11 in “Produce Came 2019”.
He is under SDT Entertainment.
He trained at FNC Entertainment from 2014 to 2017, it took him four years to do what the others did in eight.
He is EXO’s fans.
He loves Spongebob, and he always sleeps in SpongeBob pajamas. 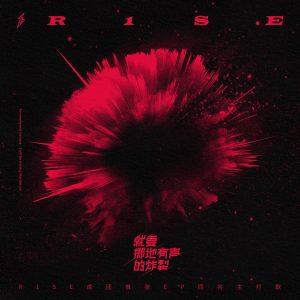 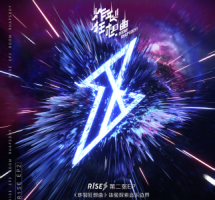 The effect of the collision between idol culture and different cultural circles, making R1SE gain insights and show the teenagers’ world view and values, and finally presenting them together in the innovative EP. 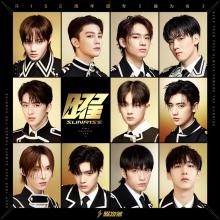 Album Name: SUNR1SE
Release Date: June 12, 2020
Record Company: Tencent Penguin Film Culture & WAJIJIWA Entertainment
Type: EP
Genre: Pop
Track List:
1. “SUNR1SE”(曜)
2. “Mama Told You to Stop Crying”(妈妈叫你别哭了)
3. “The Pink Second”(粉色闪电)
4. “24hours”
5. “Happy Birthday to Me”
Introduction:
Burst is an attitude, Burst is a way, Burst is a period…
There’s a moment of exposure after an object has exploded into a fractured state.
This is the moment that shines brightest.
It’s powerful enough to break the night.
The light that breaks the night is Dawn, and Dawn is SUNR1SE.
The final chapter of the “Burst Trilogy” – SUNR1SE