The drama is adapted from the novel “二哈和他的白猫师尊 / The Husky & His White Cat Master” by  Rou Bao Bu Chi Rou, which tells the story of Chu Wanning, the “Number One Master of the World”, with his disciple Mo Ran, who is working hard to protect all beings. 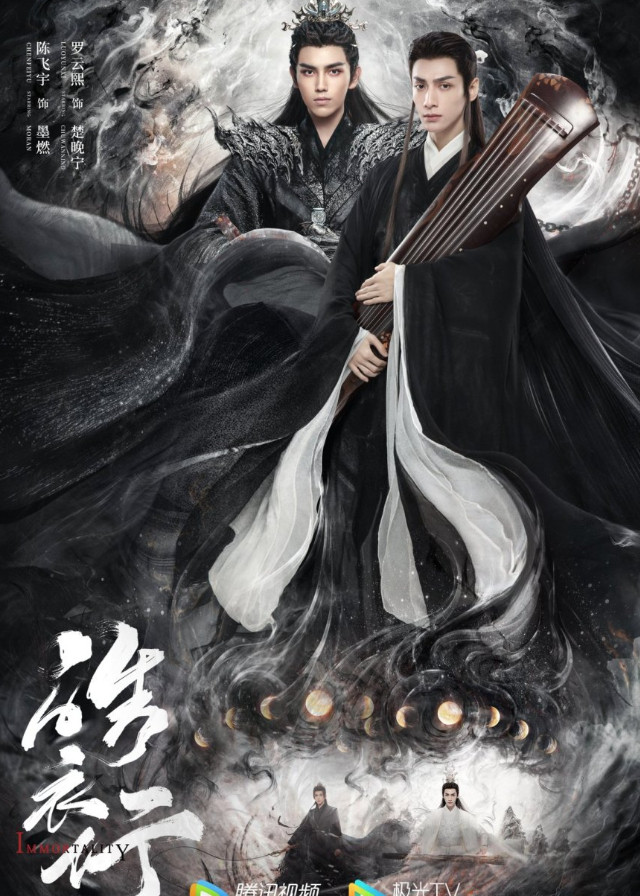 The story takes place during the period of a legendary disaster is coming. Chu Wanning is a highly spiritual elder, known as “the no. 1 master in the world”. Chu Wanning is upright and noble and has always taken it as his duty to protect the human world. One of his disciples is a young man named Mo Ran.

Mo Ran suffered from hardships when he was young, but he was good-natured and gifted in immortality cultivation. But he often disobeyed his master and always confronted him due to misunderstandings.

Mo Ran got an inexplicable memory by an accident. In memory, Mo Ran’s senior sister, Shi Mingjing, died due to Master Chu Wanning’s failure to save.

With the memory of resentment against Chu Wanning, Mo Ran made actions to hurt Chu Waning. Although Mo Ran has changed, Chu Wanning still insists on teaching him the right way and doing the right thing

When Mo Ran was trapped in the junction, he discovered a secret. In the process of approaching the truth, Chu Waning also discovered that there is another reason for Mo Ran’s rebellion and untamedness.

Although the truth is heartbreaking, the mistake has been made. To save the world, Chu Waning, Mo Ran, and the cultivation community work together to find out the real culprit.

How should Mo Ran complete his self-redemption? How should Chu Wanning face his disciple who had gone astray? What is the shocking secret of his birth? Whether the master and disciple will still fight each other like the other world in their memories? The mistake has been made, but the heart can be changed.