Go Ahead is a youth growing-up and healing drama directed by Ding Ziguang, led by Tan Songyun and Song Weilong, with Zhang Xincheng in a special role, co-starring Tu Songyan, Sun Yi, He Ruixian, An Ge.

The drama tells the story of three children who was hurt by their original families, form a non-blood family. They support each other during their growth, heal their inner hurts gradually, reconcile with their past selves, and become better. 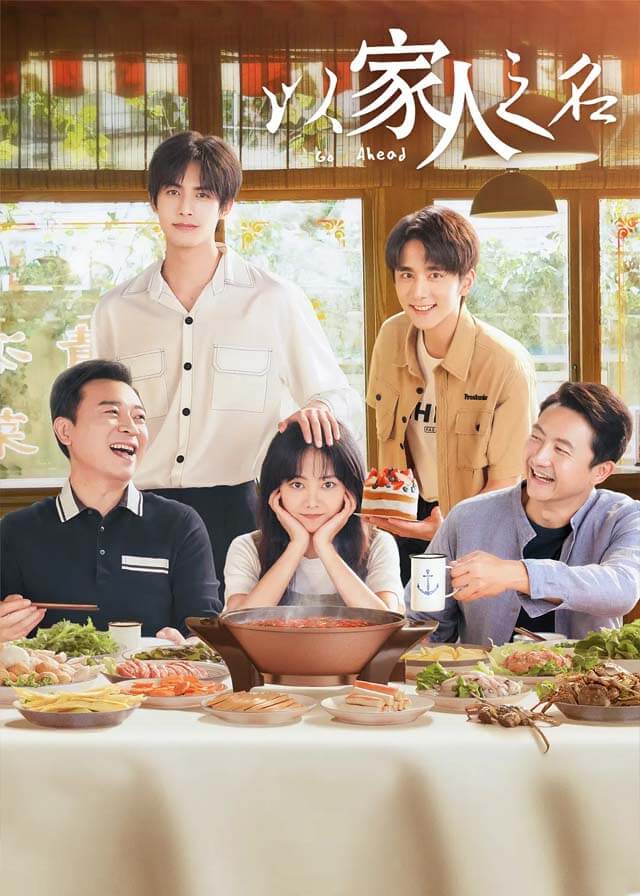 Three children who are not related by blood and have suffered different traumas in their original families are brought together by coincidence to become brother and sister.

The elder brother Ling Xiao, the second brother He Ziqiu, and the younger sister Li Jianjian are raised by two fathers Li Haichao and Ling Heping. They support each other and grow up together.

After graduating from high school, the two brothers return to their families of origin. On one side is the new family that they recognize and cherish each other, and on the other side is their biological parents that they cannot choose but have an indifferent relationship. They wandered between two families.

Nine years later, the brothers return to their new families and are finally reunited, but the psychological problems caused by their families of origin still follow them.

Facing various difficulties in life, they choose to make a concerted effort to get through them. After some trials and tribulations, they finally bravely step out of the shadow of their past, allowing their parents to face their problems and making each other become better and better.