The drama tells the story of Xie Xiang, who entered the Army Academy pretending to be a man, and became classmates with Gu Yanzhen, a cynical rich man, and Shen Junshan, a calm and composed man. They worked together to smash the enemy’s conspiracy, gaining love and realizing their patriotic ambition while finding their faith in life. 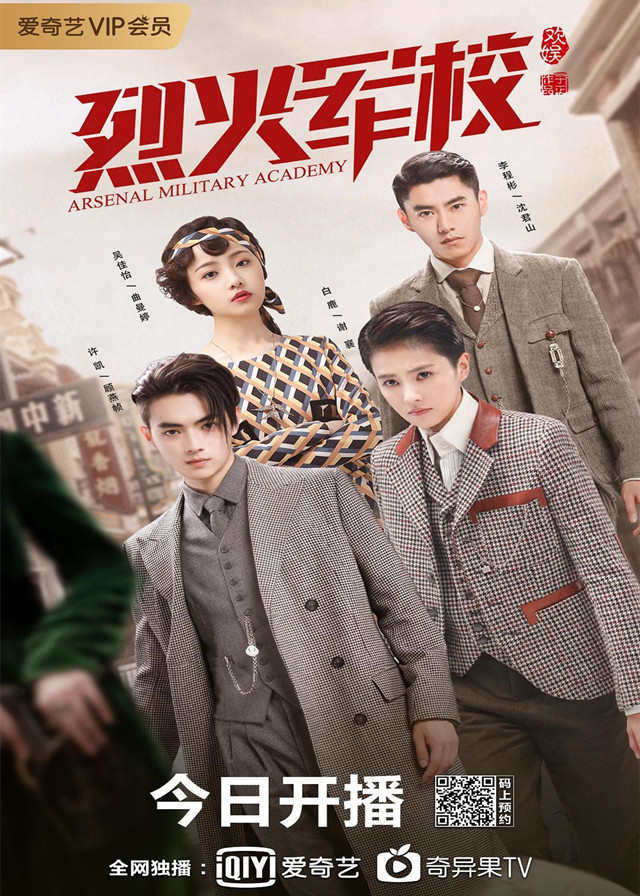 Xie Xiang, a kind-hearted and upright girl, entered the army in place of her brother, pretending to be a man.

She studied at the army academy, where she became classmates with the cynical and wealthy Gu Yanzhen and the calm Shen Junshan.

What’s more, she had to overcome her weak physique to complete all the training at the military school and graduate successfully.

In the process, Xie Xiang and her classmates experienced a series of major events that led to a series of funny stories.

In the end, Xie Xiang not only achieved outstanding results through her efforts but also won the respect of her coaches and captured the hearts of two outstanding male students.

Later, when the Japanese army increased its troops in the Northeast of China, Jin Xianrong, who adored Shen Junshan, returned from overseas as the leader of the Japanese Chamber of Commerce. A series of conspiracies and traps ensued.

With the help of her classmates, Xie Xiang fought against the Japanese and, shattering Jin Xianrong’s conspiracy, and finally got together with Gu Yanzhen.