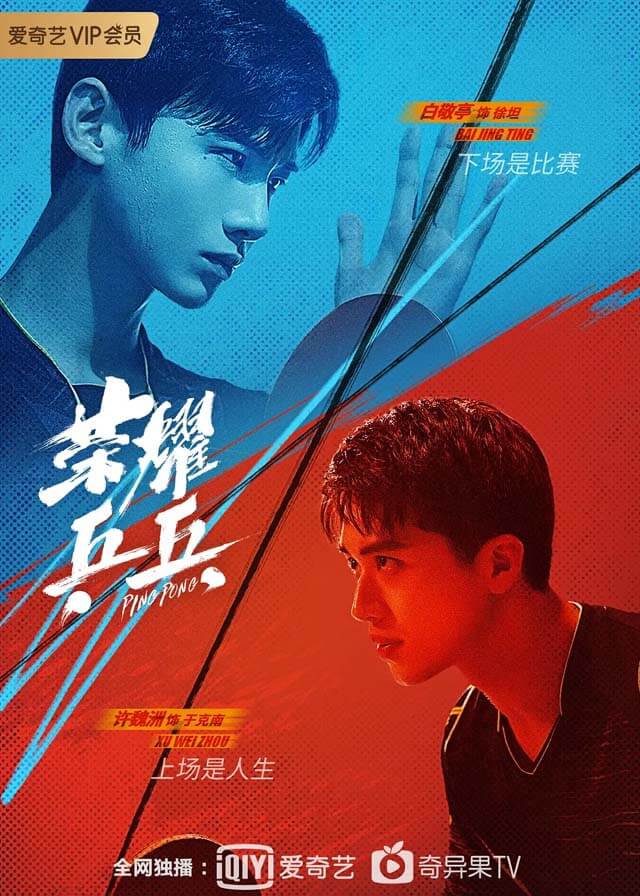 Xu Tan is a shy person who, under the influence of his ping-pong-loving grandfather, started to learn ping-pong to strengthen his body.

Later, when he was facing the prospect of leaving ping-pong, he was discovered by the talent scout.

Through strict technical, physical and psychological guidance, he eventually overcame all kinds of hardships and pressure to become the most comprehensive and reliable absolute starter of the team.

Yu Kenan, a brutal and unruly player, learned ping-pong with his father, a former national ping-pong player, and aspired to become a world champion from a young age.

They grew up together, experiencing and witnessing a period in the history of Chinese ping-pong, and eventually standing at opposite ends of the highest ping-pong table in the world for the sake of national honor and life’s ambitions.