Being a Hero is a suspense criminal drama written and directed by Fu Dongyu. Chen Xiao and Wang Yibo head the bill. Wang Jinsong and Liu Yijun star.

The drama is a story of Wu Zhenfeng, a lone hero, and Chen Yu, anti-drug police, who work together in a drug trafficking organization and finally catch all the drug dealers. 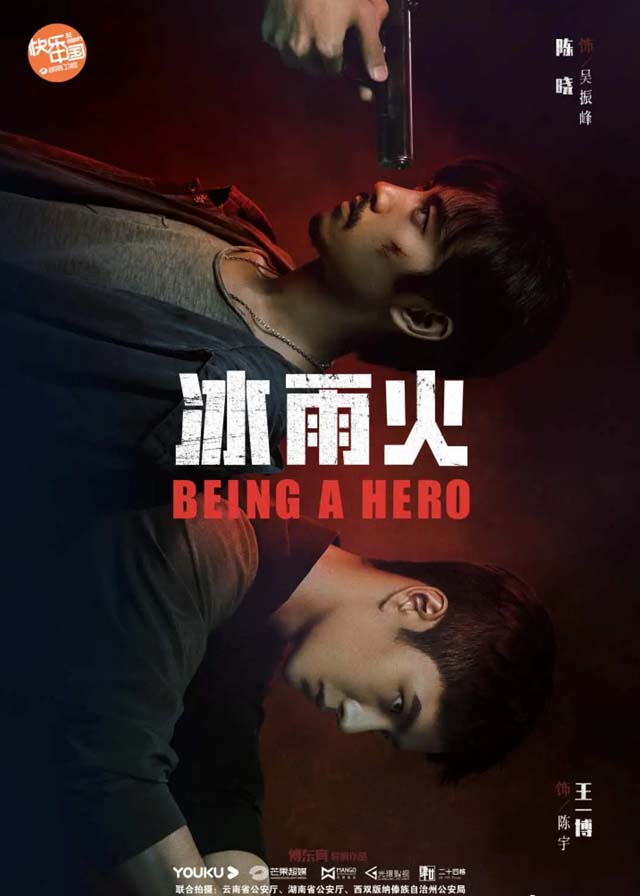 Three years ago, Wu Gang was killed by a drug cartel named” K”. His son, Wu Zhenfeng, was expelled from the police force for recklessness and indiscipline. Wu Zhenfeng is heartbroken and is prevented from leaving the country by his brother Chen Yu. On the way, they are nearly hijacked. To save Chen Yu, Wu Zhenfeng is taken away by drug dealers. Since then, they have never heard from each other again.

Three years later, Chen Yu becomes anti-drug police. But unexpectedly Wu Zhenfeng returns and is involved in a murder case. After Wu Zhenfeng is purged of suspicion, Chen Yu discovers that he is connected to the drug cartel. To catch all of the drug-traffickers, Chen Yu start a new career in the anti-drug field. At the same time, he finds that Wu Zhenfeng is the lone hero lurking in the cartel.

Chen Yu and Wu Zhenfeng fight side by side to wipe out the cartel under the Ministry of Public Security’s deployment. The two brothers continue to work in the public security anti-drug cause, never forgetting their original intentions and remembering their mission.