The drama is adapted from the popular novel of the same title written by Lianmu Chuguang, is about the story of Shen Qingyuan, the captain of the shooting team, who meets Tang Xin, a trainee reporter in a competition, and this “old love couple” who meet each other again in the midst of suspicion of their past love. 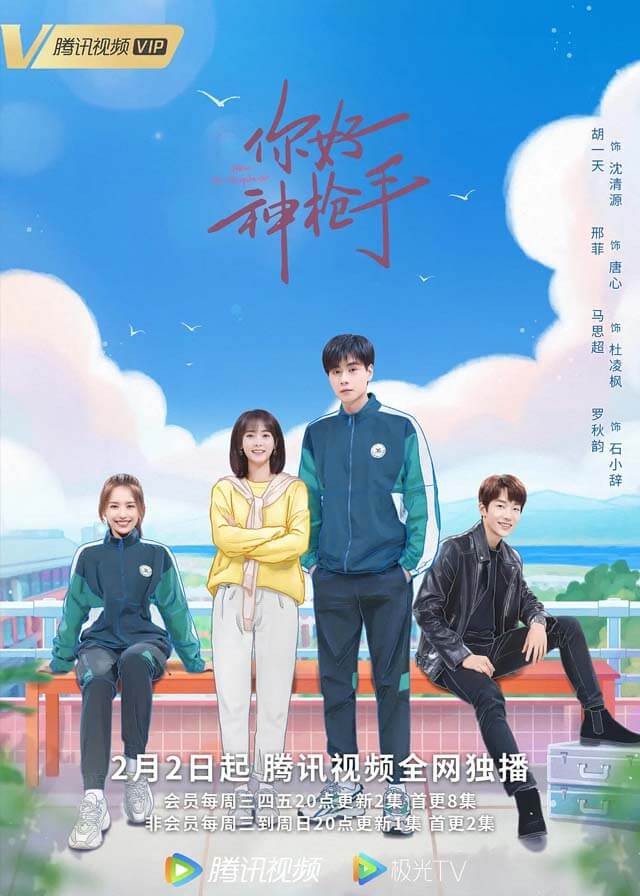 At the National Games, Tang Xin, a trainee reporter for a TV sports channel, is ordered to interview the champion of the 50m pistol slow-fire event. She finds that the winner is not the veteran Du Lingfeng, whom everyone expected, but the “shooting gallery tutor” Shen Qingyuan, whom she secret crush on four years ago.

Tang Xin approaches Shen Qingyuan in the name of tracking reports and producing programs, trying to solve the problem at its root.

In the provincial shooting team, she meets Du Lingfeng, a former pistol slow fire champion who is not willing to lose, Shi Xiaoci, a women’s air rifle competitor who is ambitious, and Chen Ning & Chen Hai, a twin brother.

She produced the highly popular shooting show that broke the workplace crisis.

As the Asian Championships are about to be held, Shi Xiaoci is accidentally injured and chooses to give her shooting dream to Du Lingfeng, while Tang Xin, with the help of Ding Fang, the provincial team psychologist, solves Shen Qingyuan’s knots.

The tit-for-tat between Shen Qingyuan and Du Lingfeng was finally released. They stand side by side on the shooting stage with their dreams and love and launch a higher sprint for glory.