The drama is adapted from Cheng Guang You Xi’s novel “Hao Se Qian Jin”, which tells the story of Streight-A-Student Lin Luojing, who accidentally time-traveled to the Sheng Yuan Dynasty in the game. She has to pass the game if she wants to return to the real world. The key is to find true love in this world. 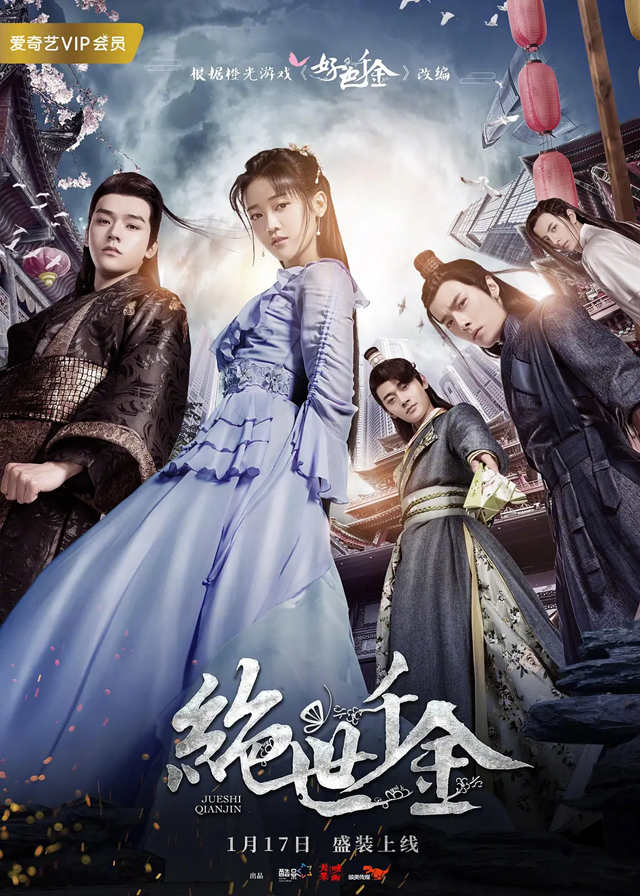 Lin luojing, a modern girl accidentally entered the Shengyuan dynasty in the game. After the time-traveling, she became the minister’s daughter and was granted a marriage, but she did not know that this was only the beginning of a conspiracy.

To return to the real world, the only way is to pass the game.

In the process, she encountered the overbearing and affectionate Lord Zhong Wumei, the introverted and handsome guard Liu Xiuwen, the flirtatious and unrestrained son of a rich merchant Jiang Xuanyu, the elegant and cool Hua Yingchi of the Sword Sect, and the evil and crazy Lord Wang Jinchen.

In the face of the constant affection of various handsome men and after many trials and tribulations, Lin Luojing gradually realized her true heart.

But she was caught in a trap of former dynasties and the mystery of her birth. every step was very dangerous.