The drama is based on Guan Hanqing’s Yuan opera “赵盼儿风月救风尘/Zhao Pan’er Feng Yue Jiu Feng Chen”, which tells the story of Zhao Pan’er, Song Yinzhang, and Sun Sanniang, who finally turned a small teahouse into the largest restaurant in Bianjing after experiencing difficulties and hardships. 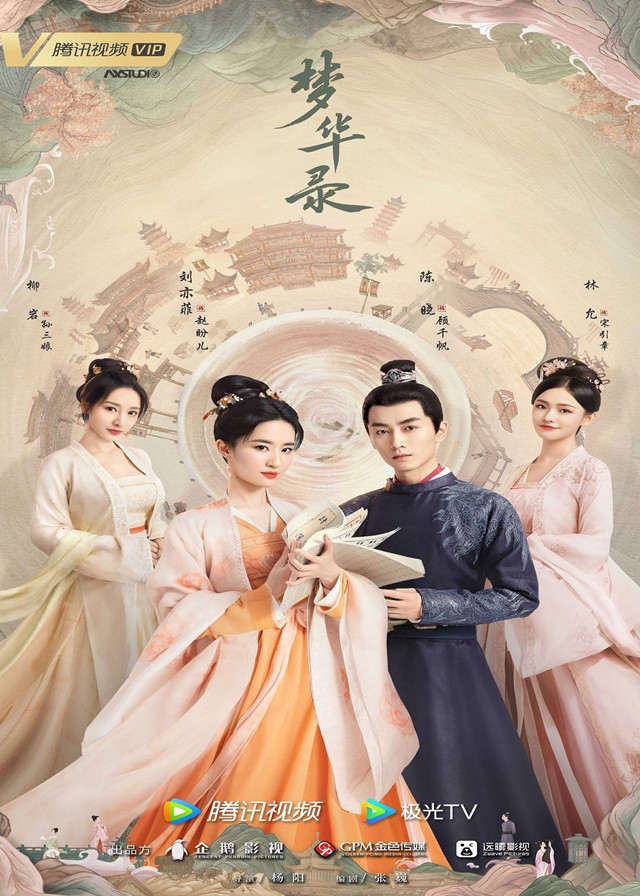 Zhao Pan’er, who ran a tea house in Hangzhou. She received the happy news that her fiance Ouyang Xu got third place in the imperial examination. But she was abandoned.

She also saved Sun Sanniang, who committed suicide by falling into the water due to her unhappy married life.

When Ouyang Xu learned that Zhao Pan’er had come to the capital to find him, he tried to drive her out of Bianjing.

However, Zhao Pan’er, Song Yinzhang, and Sun Sanniang decided to stay in Bianjing and complete their dream with their own skills.

After all the hardships and trials, they finally turned the small teahouse into the largest restaurant in Bianjing.

After the hardships, Zhao Pan’er saw more scenery and dissipated her hatred for Ouyang Xu, and also opened the door of equal redemption for the women of humble status in ancient times.