The Moon Brightens for You is a historical romantic wuxia drama directed by Lan Haihan and Wang Fei, led by Yu Menglong and Xing Fei.

Based on Ding Mo’s novel of the same name, the drama tells the martial arts love story of Lin Fang and Zhan Qinghong, who continue to experience and grow up, and finally, become the head of the martial arts world and guard Jianghu. 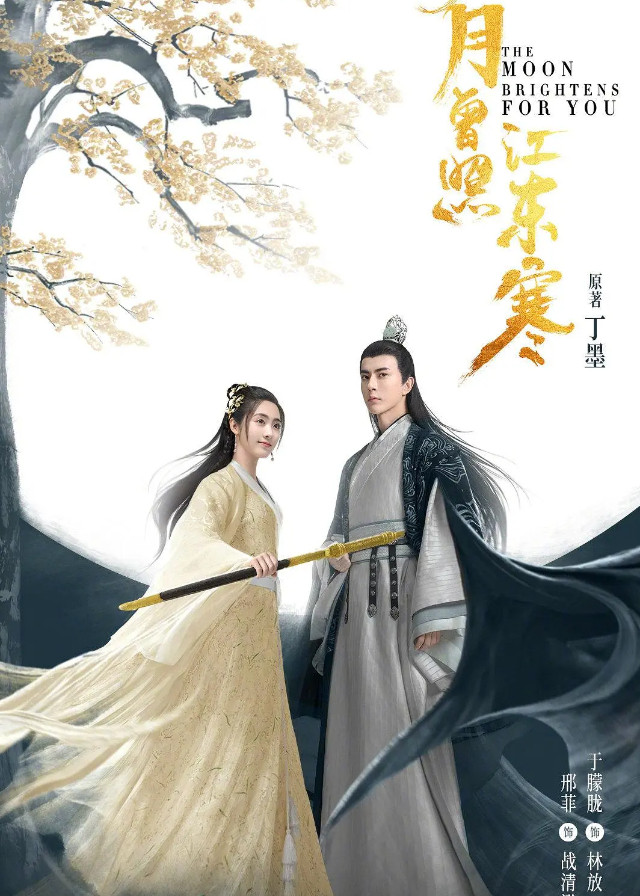 A young girl, Zhan Qinghong, is ordered by her father to go down the mountains to participate in a martial arts tournament with the aim of winning the position of martial arts leader.

By chance, she befriends Lin Fang, the “most beautiful man in the Great Xiao”, and Wen You, the son of a royal family.

The three of them participate in a martial arts tournament together. With the help of Zhan Qinghong, Lin Fang, who has no martial arts skills, wins the top prize in the tournament.

So she receives Lin Fang’s favor, and at the same time, Wen You also falls in love with her. The three of them embark on a journey together to reorganize the martial arts world in Jiangdong.

Lin Fang is brave and resourceful, with his wisdom and the protection of Zhang Qinghong and Wen You, they gradually stop the fighting in the martial arts world.

During this period, the three of them have not only experienced the deceitfulness of Jianghu, but also have to face the great changes of life and death. They grow up gradually.

In the course of their struggle to uphold the righteousness of the world, they come to realize their own hearts and reap the benefits of love.