The Murder in Kairoutei is a suspenseful web drama directed by Li Yatao, starring Deng Jiajia and Zhang Xincheng.

The drama is based on Higashino Keigo’s mystery novel “Kairou Tei Satsujin Jiken”, which tells the story of a sudden fire in Kairoutei late at night, a man dies in the fire and Jiang Yuanxing is badly burned and disfigured, the sunny and handsome Cheng Cheng appears in Yuanxing’s life, and their fate seems to be changed by the fire. 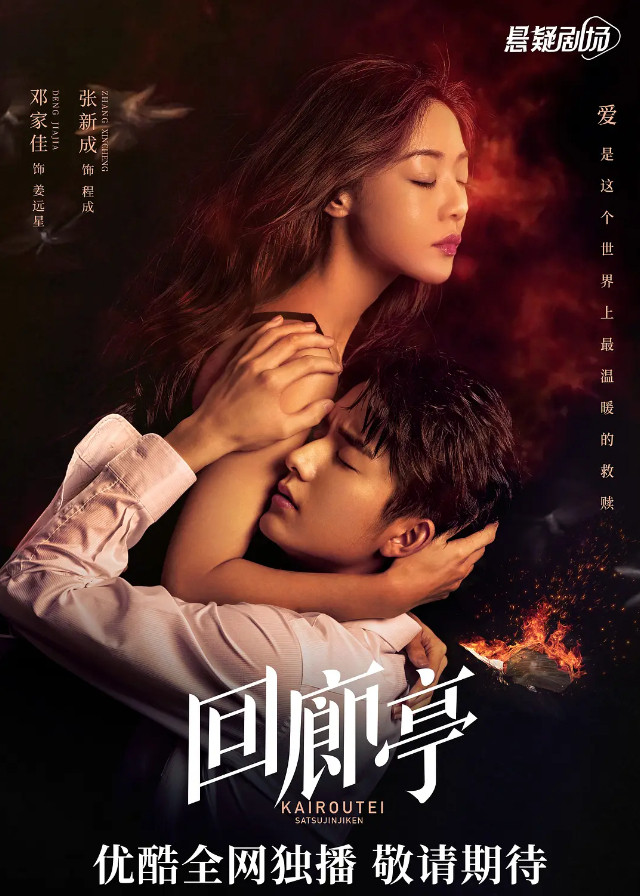 The drama tells the story of a fire at the Hotel in Kairoutei, the victim Jiang Yuanxing escaped from death, she was burned and disfigured, with pinch marks on her neck.

When criminal investigation team leader Shi Qing investigates, the members of the Gao family attract Shi Qing’s attention. He solves the mystery of the arson case and kidnapping case in Kairoutei one by one.