You Are My Hero is an urban military drama directed by Zhang Tong, starring Ma Sichun and Bai Jingting in the lead roles and co-starring Wang Yang, Jiang Peiyao, Chen Hao, and Zhang Yao.

The drama is based on the novel of the same title by writer Mu Qingyu, and tells the romantic love story of newly promoted resident doctor Mi Ka, who met with the elite police officer Xing Kelei during the emergency rescue training organized by the hospital and the SWAT team, from the initial hostility caused by a misunderstanding to the several accidental rescues in which Xing Kelei was gradually attracted by Mi Ka’s bravery, strength, and selflessness. 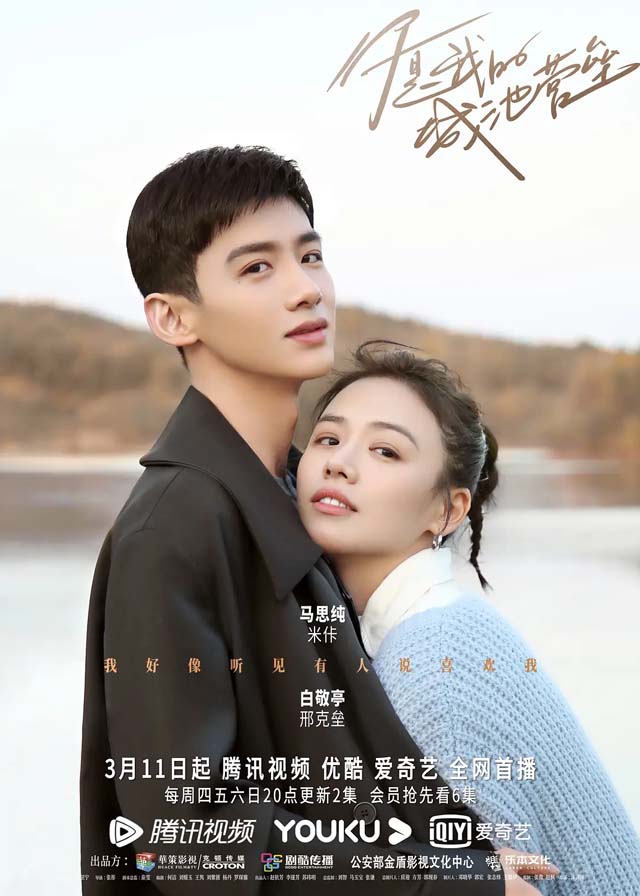 As the contact increases, the relationship between them grows from the initial hostility caused by the misunderstanding to mutual understanding, and Xing Kelei has a crush on Mi Ka.

The sudden earthquake shatters the peace of life.

Mi Ka and Xing Kelei are ordered to go to the disaster area.

They are devoted to their duties in the rescue work, perfectly illustrating the spirit and will of the public security police and people’s doctors who are willing to die in the face of a national crisis.

As the relief work progresses, Mi Ka sees the righteousness of the public security police in Xing Kelei, and Xing Kelei sees the kindness of the people’s doctors in Mi Ka, thus understanding the duties and missions carried by each other.

In the midst of the turmoil in Africa’s country A, Mi Ka rushes to country A with a medical team in an emergency, but at that moment Kelei, who has become a member of the Chinese Peacekeeping Police Riot Squad, suddenly appears and works tacitly with Mi Ka, eventually successfully protecting the safety of the hospital.

As a public security police officer and a doctor, they are in the same boat again, willing to build a city for each other, loyal and steadfast, guarding each other and the millions of people behind them.