The drama is based on Jin Yong’s martial arts novel of the same name and tells the story of the growth of Zhang Wuji and the feuds of various gangs and factions and characters in the Jianghu. 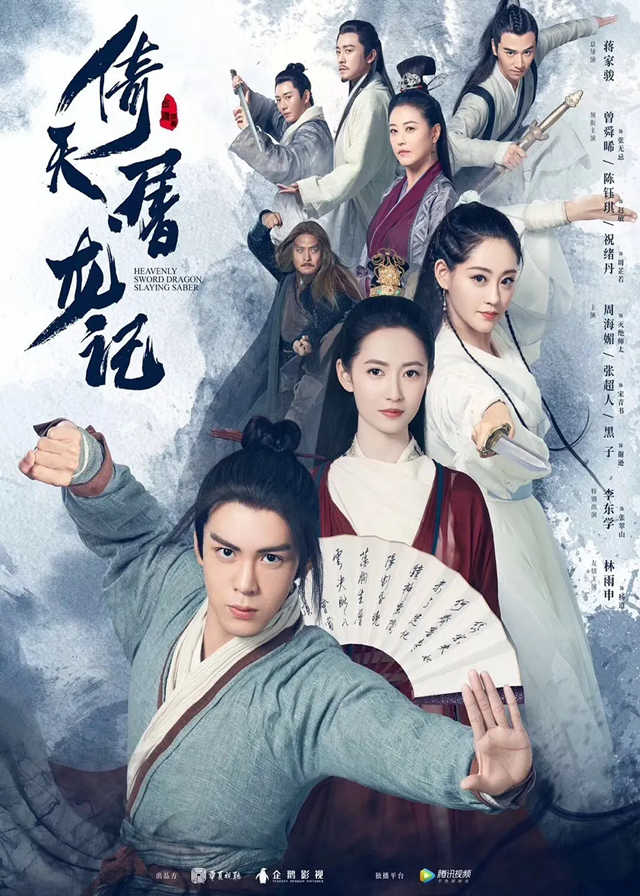 At the end of the Yuan Dynasty, there were many heroes, and the Martial arts World was in turmoil. The Rumor was saying that the person who got the Heavenly Sword and Dragon Slaying Sabre could become the supreme martial artist and order the world, no one dared to disobey.

For a period of time, it triggered the fight for the Heavenly Sword and Dragon Slaying Sabre in the martial arts world, several relationships and feuds also arose.

After their son Zhang Wuji grew up, he coincidentally studied the martial arts “Jiu Yang Shen Gong” and “Qian Kun Da Nuo Yi” and became the head of the Ming Cult.

Zhang Wuji had affection for Zhao Min, the princess of the Yuan Dynasty, Zhou Zhiruo of the Emei Cult, his cousin Yin Li and his maid, Xiao Zhao.

However, the seemingly soft Zhou Zhiruo hurt Yin Li and framed Zhao Min to get the secret of the Heavenly Sword and Dragon Slaying Sabre.

Although Zhang Wuji has already known the true nature of Zhou Zhiruo, he still can’t hate her.

Afterward, Zhang Wuji resolved all kinds of grudges in the martial arts world, resigned from the position of sect master, and traveled to Mongolia with Zhao Min.