To Fly With You is an urban drama directed by Sha Weiqi, starring Lareina Song Zu’er, Wang Anyu, Xu Yang, Xia Meng, and Li Haofei, with a special appearance by Miao Pu.

The drama tells the story of a confident and bright “skating king” Shen Zhengyi who meets a sunny and handsome “skating prince”. They continue to break through themselves and overcome difficulties on their way to chasing their dream of becoming champions, and reap the benefits of pure love. 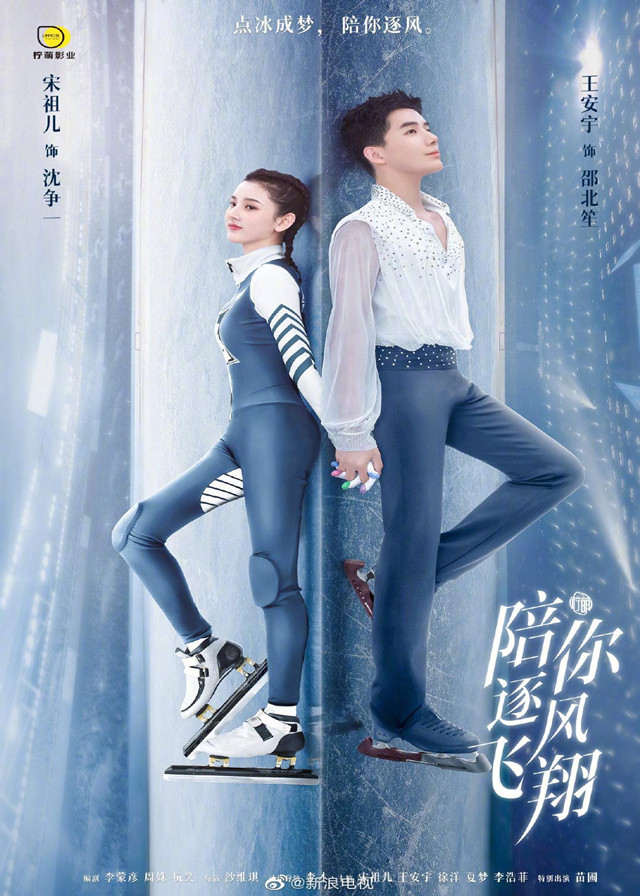 The popularity of winter sports has made the girl who loves short-track speed skating, Shen Zhengyi, find a goal to strive for.

She secretly participated in the newcomer selection of Zhufeng Club while keeping her mother’s back, which was her last chance to become a professional.

She had never received professional training before, and she experienced the harshness of the devil coach Zhuang Yue.

After a series of twists and turns, she entered the club as she wishes.

However, new challenges came one after another, and Zhengyi struggled to overcome technical difficulties and learned to cooperate with her teammates.

At the same time, the mother discovered her daughter’s short-track skating practice, and the relationship between her mother and daughter and Zhuang Yue was involved as a past story unraveled.

With the help of her good friend skater Shao Beisheng, and former champion Xiao Han, Zhengyi quickly transforms and wins the trust of her teammates, becoming a dark horse on the track.

She and Zhuang Yue also went from conflict to understanding and formed a deep mentorship.

The two generations of short-track speed skaters have passed on the spirit of sports and the pursuit of excellence by never giving up and doing their best.