Under the Skin is a detective drama directed by Xing Jianjun, starring Tan Jianci, Kim Scar(Jin Shijia), and Zhang Bojia, with Qin Hailu, and Fang Zibin in special appearances.

The drama tells the story of Shen Yi, a mock portraitist, and Du Cheng, a police captain who are forced to work together by chance to solve a number of mysterious cases and track down the truth of the mystery together. 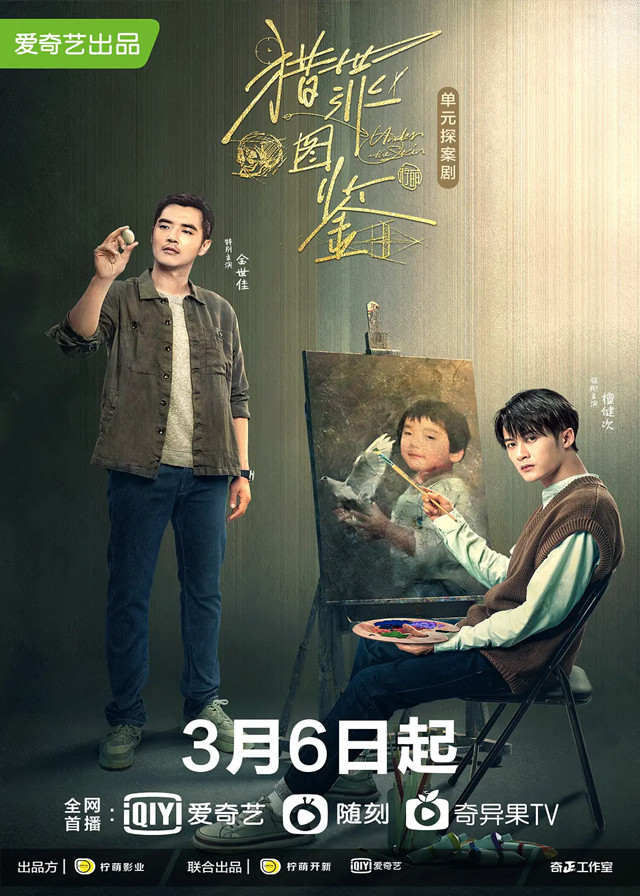 When Shen Yiyi first joined the Jiangbei Branch’s Criminal Investigation Detachment as a mock portraitist, he was arranged by the leadership to partner with the head of the criminal police team, Du Cheng.

The initial provocations of Du Cheng laid down the history of their relationship. With the subsequent development of the plot, their close cooperation of them pushed the confrontation in their relationship to the climax.

The compact plot, the flashing portraits, the confusing clues of the case, as if to tell a secret truth and unknown story.