The drama is based on Ma Boyong’s novel of the same name, which tells the heroic legend of two “minor characters”, Chen Gong and Xun Xu, who are not in the spotlight of the chaotic world. But they burst into glory in the thrilling espionage war and write a heroic saga outside of history in the era when the world was divided into three parts, beacons were raging, and there were many heroes. 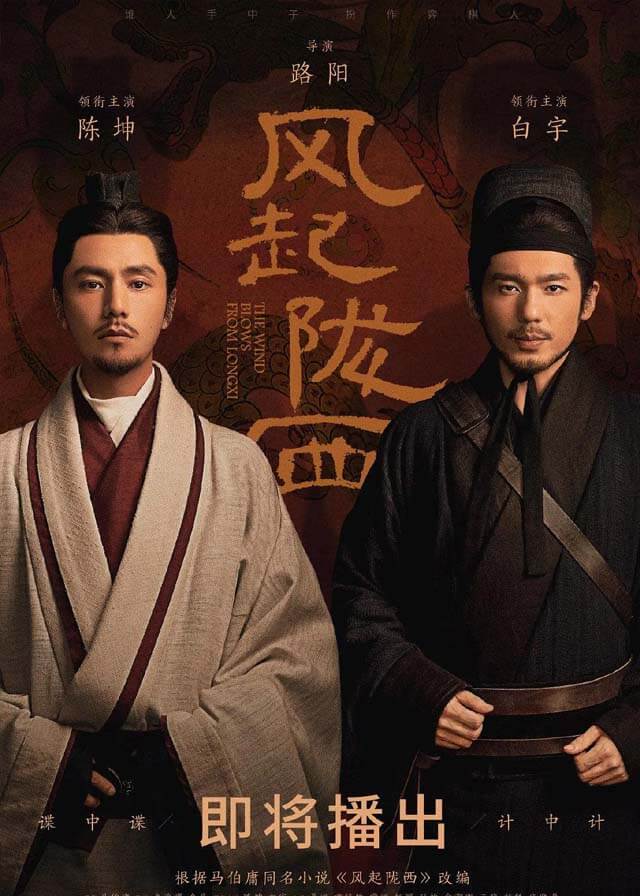 In 228 A.D., Shu’s army was defeated by Wei in a northern expedition.

Shu’s intelligence department analyzed that the false information that led to Shu’s misjudgment was sent by Chen Gong, a senior spy lurking in Wei.

Chen Gong passed Xun Xu’s investigation, they found that there has been a Wei undercover named “Zhu Long” in the Shu intelligence department.

“Zhu Long” not only replaced Chen Gong’s information, but also prepared to steal the design of the Repeating Crossbow of Shu and start the “Qing Ping Plan” to create chaos in Shu.

Xun Xu returned to Shu and prepared to work with Chen Gong to uncover the true identity of “Zhu Long”.

Xun Xu succeeded in stopping Wei from stealing the secret of the Repeating Crossbow and found out the traitor hiding in Shu’s intelligence department.

Chen Gong completed his undercover career and returned to Shu. Together with Xun Xu, they went through many tests and finally uncovered the truth behind the “Qing Ping Plan”.

Facing the righteousness of the family and the country, Xun Xu and Chen Gong make the right choice at the important juncture to crack the enemy’s sinister plot and maintain the stability and unity of the country.