The drama is adapted from the novel of the same name by Tian Yi You Feng, which tells the story of an ordinary girl, Feng Piao Piao, who just entered CMFU Academy and saved Wei Chu, the master of Wei’s Tai Chi, with Tai Chi moves.

Later she was accepted as Wei Chu’s disciple, and together they faced the fights of other schools. They stood firm in love, family, and friendship with their sincerity, and promoted Tai Chi culture with love and persistence. 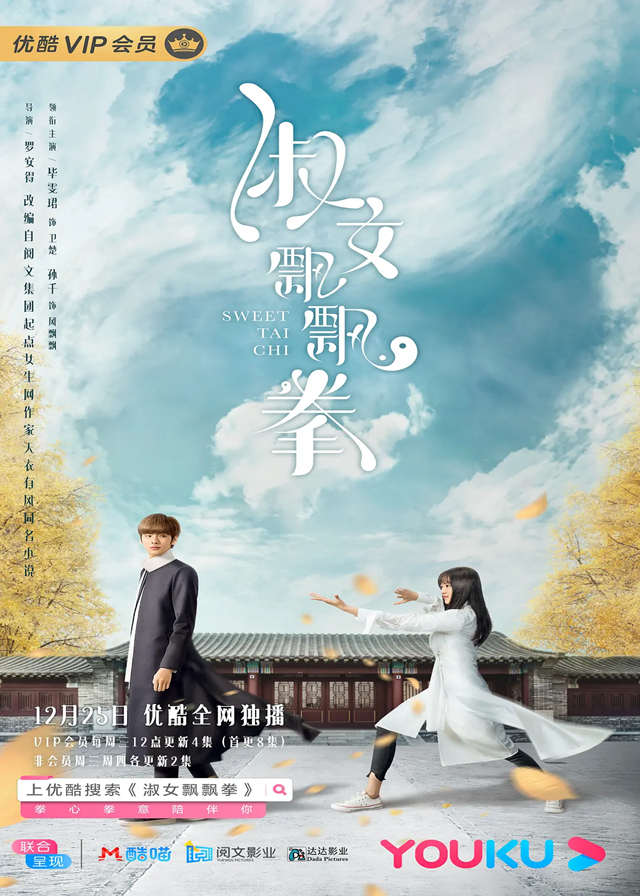 CMFU is a magical university in China. The Tai Chi Department of CMFU College is gradually declining due to years of factional disputes.

Feng Piaopiao, who is passionate about Tai Chi culture, was determined to apply for the Tai Chi department, but she missed the exam because of Wei Chu, and reluctantly entered the painting and calligraphy department of the Faculty of Arts. Due to a series of misunderstandings, she was awarded the title of “Shangxiang Lady” and became the focus.

Along with more misunderstandings, Feng Piaopiao and Wei Chu went from not knowing each other to knowing and loving each other. Feng Piaopiao was accepted as Wei Chu’s disciple to learn Tai Chi, and led a group of partners of Tai Chi Department, such as Bai Haiyang, Chen Bing, Yang Ningxue, and so on, helping Tai Chi Department to revive step by step.