The drama is based on the novel of the same title by Ziyoujiguang and tells the story of He Daye, a wedding planner who no longer believes in love after her ex-boyfriend runs away from her marriage, but gradually opens her heart and regains love after meeting Zhang Meng, a male model. 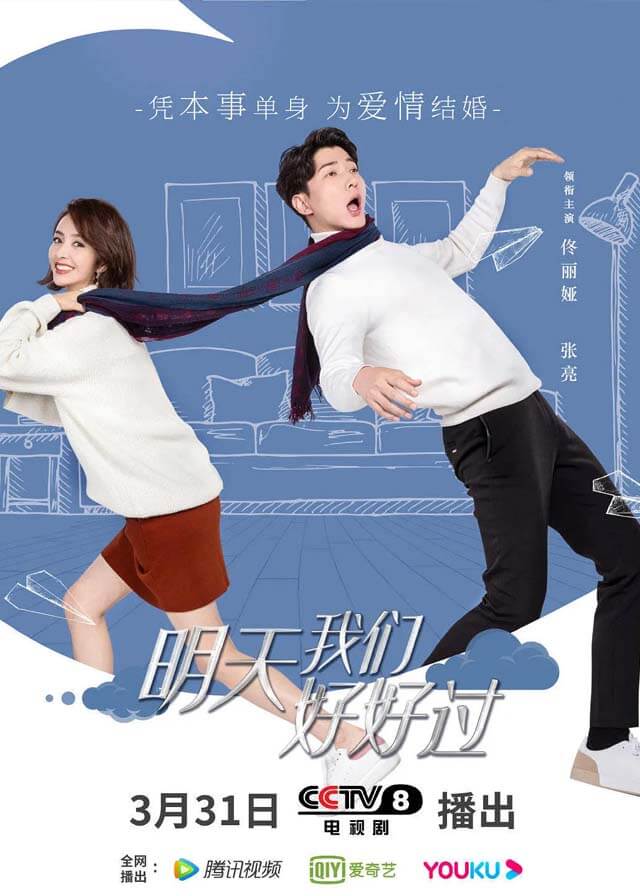 He Daye, an independent and competent white-collar woman, was labeled as an “old woman leftover”, but despite the pressure to get married, she still did not regard marriage as a “life event”.

She chose to pursue a successful career, believing that it’s more reliable by herself rather than marriage and men.

In fact, three years ago He Daye had walked down the aisle hand in hand with her pilot boyfriend Luo Chang.

Unexpectedly at the wedding Luo Chang suddenly dragged He Daye with him to escape from the wedding site.

Afterward, Luo Chang confessed that he was not ready to get married and take responsibility.

He Daye forgave him and they broke up peacefully.

After the divorce, He Daye and her ex-husband maintained friendly relations and looked after each other in life, despite the sensation of each other, but never got closer again.

Although Zhang Meng encountered the choke point in his career and life, he was a responsible and reliable man who was full of a sense of security.

He Daye enjoyed and tangled the affection of Zhang Meng.

With Zhang Meng’s understanding and love, He Daye took off her inner guard and faced the relationship, and they got together in the end.