The drama is inspired by the topic of the second child and tells the hilarious daily lives of two siblings, Shi Fen and Shi Miao, as well as the various geeky stories of they getting along with their classmates such as Zhen Kaixin, Wan Sui, Wan Xing, and Miao Miao. 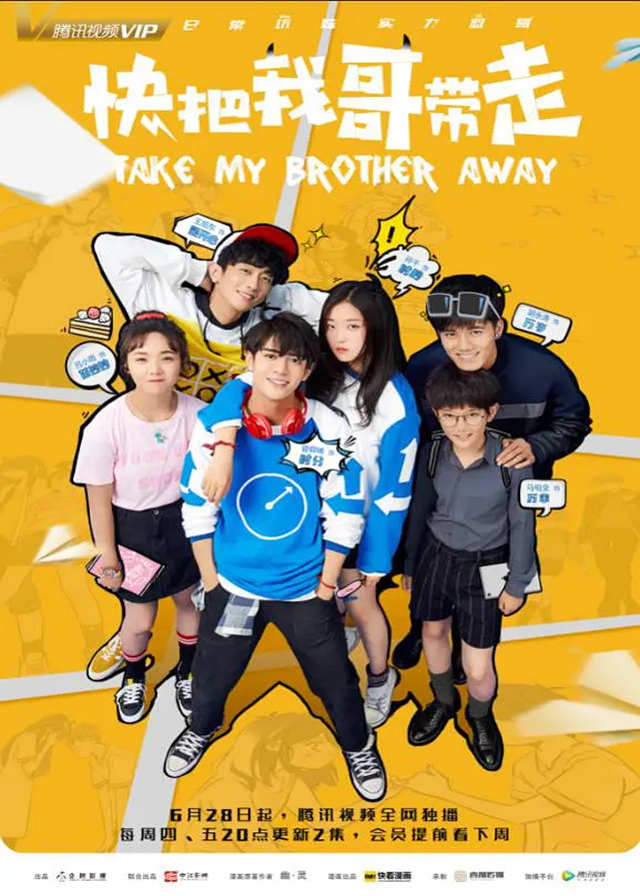 If there is such a brother, will you want to have a cow a hundred times a day like Shi Miao?

He promised to grill sausage for his sister, he only ate a bite, but a largemouth of the sausage was swallowed; he said the loser of the finger-guessing game went to buy ice cream, but he came back with a missing ice cream ball; potato stew beef for 6 days eventually turned into a dark cuisine can not see what it is.

The overbearing little sister Shi Miao and lazy and interesting brother Shi Fen quarrels because of a variety of small daily conflicts. But, when one is in trouble, the other one will firmly stand by side, silently guarding each other.