It is adapted from the novel of the same name “告别薇安” by Anni Baobei. The drama tells the love story of Chen Anan, an illustrator who does everything by feeling, and Lin Yu, a walking “planner” IT master. 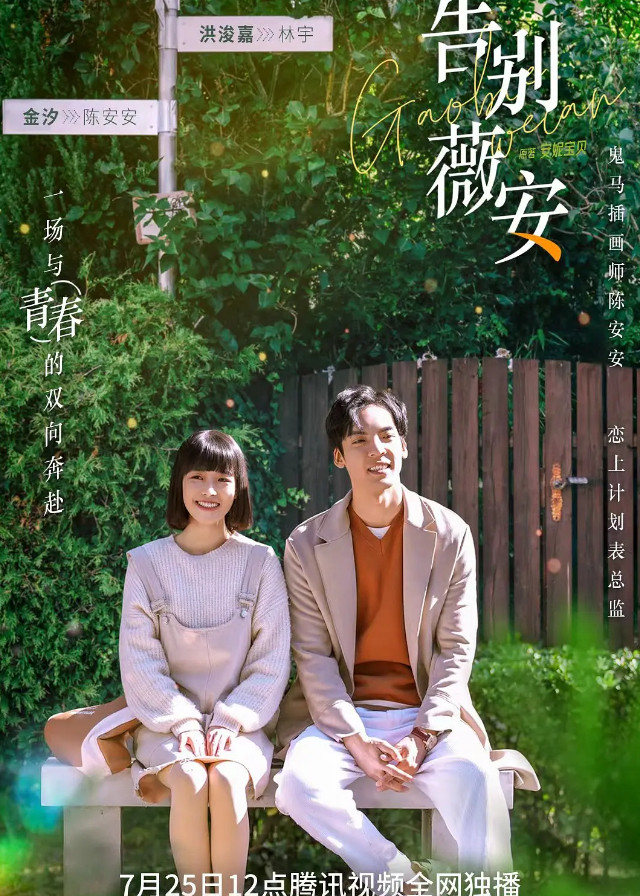 Lin Yu, an IT elite, is a meticulous “planner”. Chen Anan, a freelance illustrator, is an unrestrained “wild animal”. They had a brief and cheerful time together as deskmates during their senior year.

Eight years after their separation, Lin Yu’s peaceful life is once again interrupted by Chen An’an’s brutal intrusion. On 32 Anheli Street, the former tablemates have become roommates, disliking and warming each other under the same roof.

They accidentally meet in the most fashionable Internet chat room at the beginning of the century under the pseudonym “Vivian”, a virtual persona that becomes a hidden bridge for them to open their hearts and release themselves.

What they didn’t know was that this amazing relationship with “Vivian” was actually born eight years ago and has been pulling their fate.

Behind the happy persona of “Vivian”, there is a reflection of the shadows that Lin Yu and Chen Anan each carry from their families, as well as their hopes for self-change.