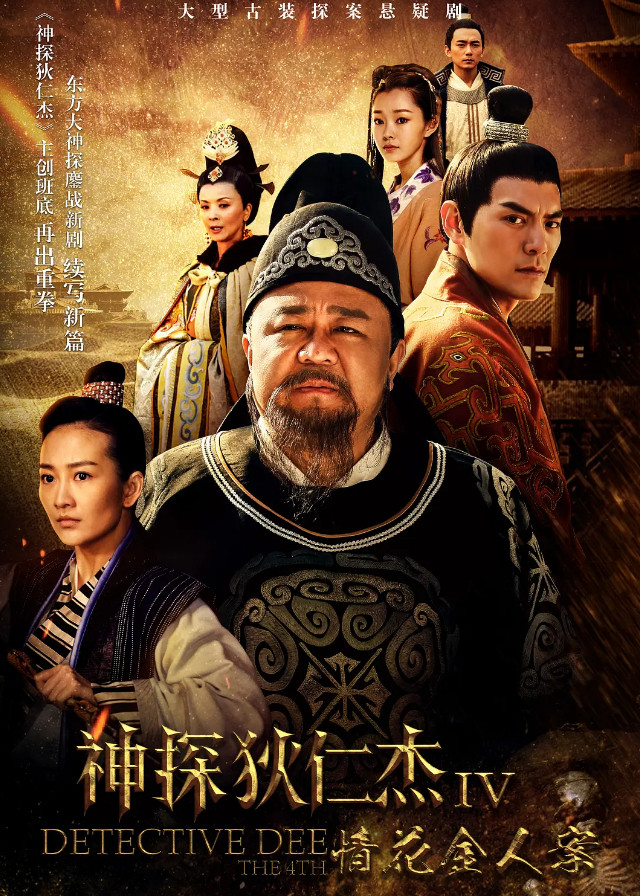 In the spring of one year during the Wu Zhou Dynasty, the unique love flower in Jiangzhou suddenly came back to life after withered, and blossomed in shocking blood color, causing rumors to spread, threatening the security of the dynasty.

The case is so shocking that Dee is ordered to go to Jiangzhou to investigate.

After several hardships, he investigates through the fog, and goes deep into the “tiger’s den” with his assistant Li Yuanfang, fighting with the people of all kinds who gather in Jiangzhou, especially the conspiratorial forces represented by the fake prefectural governor Dou Tiande, the master of the Love Flower View, Qi Xia, the master painter Yu Wenchi and Li Qingxia who has been running away from justice for many years.

They start a confusing, treacherous, and dangerous battle of wits and courage. The case of the love flower is solved, the Crown Prince is welcomed back and the turmoil is stopped.

The secret text on the bronze tree showed that Emperor Wu needed to build a Trajan’s Column with twelve golden figures around it and build a sun divine bird on the top to solve this disaster.

Emperor Wu was determined to build it and ordered Dee to solve the mystery of the divine bird.

However, the construction of Trajan’s Column has led to a series of strange mysteries.

After some painstaking investigation, the truth finally emerged.

It turns out that this is a long-planned conspiracy…